The Broken Cistern of Gender Dysphoria: One Pastor’s Story
August 15, 2019
The Center at the Q Conference
May 2, 2019
Sex, Gender, and Transgender Experiences: Part 6—What about Intersex?
August 26, 2019
A Christian Perspective on Parenting a Gay Child
October 22, 2017

Is There Really Such Thing as a “Biblical Marriage?” 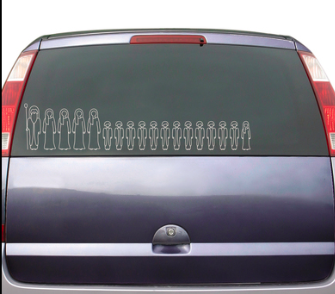 In my previous blog, I argued that the debate about same-sex marriage is not a secondary issue. To be clear, I didn't thereby say that it's necessarily a "gospel issue" (the phrase can be sloppy) or even a "primary issue," since I don't think primary and secondary categories are very helpful and I would rather explore viewing such doctrines along the lines of a spectrum of significance. But if we assume some sort of primary and secondary model (which most people do), I don't think the debate about same-sex marriage in the church is simply a secondary, disputable matter that Christians can agree to disagree on. In short, there is strong evidence for seeing sex-difference in marriage as a significant aspect of the architecture of the biblical story of creation and redemption. I stand by that claim, but it does raise several questions, one of which I’ll focus on below.

The question is actually a veiled accusation and it goes like this: Can the Bible really be trusted to tell us what marriage is? After all, the Bible sanctions all kinds of marital practices that we’d consider, or should consider, abhorrent today.

This argument is typically enshrined in atheistic attacks on the Christian faith. Curiously, it has resurfaced through the pen of some Christian writers who want to mock the idea that the Bible can actually teach us about marriage—given all its shady statements that advocate for dehumanizing marriage practices.

So, what do we do with all the weird verses about marriage in the Old Testament? And should these cause us to throw up our arms and scrap the whole idea of using Scripture to shape our view of marriage?

The Old Testament does talk about some rather strange marriage practices that were typical of the Ancient Near east. Most of these are quite foreign—and inhumane—to our western eyes. For instance, there are five laws in Exodus-Deuteronomy that assume some cultural marriage practices that appear to dehumanize women (Exod 21:7-11; Lev 18:18; Deut 17:17; 21:10-14; 25:5-6). For instance, men are required to marry their childless widowed sister in law (Deut 25:5-6) and male soldiers were allowed to marry female victims of war (Deut 21:10-14). Polygamy is the most famous piece of evidence employed to show that there is no such thing as a “biblical marriage”—or at least one that Christians should follow.

If we think that the Bible is a static, dictionary-like manual that fell from heaven, then yes, these verses present a problem. But do thoughtful Christians really believe this any more? What’s interesting is that the same critics who cite these passages mockingly will elsewhere say they don’t believe the Bible should be read as a flat collection of verses detached from their ancient cultural context, ready to be pasted on magnets and slapped on our refrigerators. If they apply their hermeneutic of reading the Bible as a dynamic story, filled with tensions and progressions, then the problem these verses present is solved.

Even a first-year Bible College student is taught something called progressive revelation, where not everything permitted or prohibited under the Old Covenant carries over into the New. The student quickly learns that in the Torah, God regulated Israelite society in light of its Ancient Near eastern context, and when we read these laws in light of their context and not our own, we see that the principles driving them were the humanization of women. The biblical laws about concubines, for instance, were given to a people living in a society where concubinage was as accepted as the earth is flat (See what I did there? If not, let it linger.) If you read these laws in light of their context, you see that each one has an underlying drive toward humanizing not dehumanizing women. “Kindness toward concubines advocated in the biblical laws,” writes scholar David Baker, “is an advance over the matter-of-fact treatment of those in Mesopotamia” (Baker, Tight Fists, 159; cf. Lamb, Prostitutes and Polygamists, 66).

These laws offer an incomplete humanization, of course, but it was never designed to give us God’s final vision for marriage. Marriage laws in the Torah only give us one step toward the goal, not the goal itself. That’s why we see Jesus and the New Testament extend God’s vision for marriage back toward its Edenic ideal.

The Torah wasn’t designed to give us a pristine ethic for all cultures everywhere for all time, and the fact that you didn’t carry a lamb on your shoulder to church last Sunday shows that you agree. (The fact that you probably went to church on Sunday confirms this.) It’s Genesis 1-2 that gives us the basic architecture of what marriage is. The Torah shows how God regulated aberrant cultural expressions of marriage. Jesus, who loved the Torah, said it best: “Because of your hardness of heart Moses allowed you to divorce your wives, but from the beginning it was not so” (Matt 19:8). This was just after Jesus rooted his vision for marriage in Genesis 1-2 (Matt 19:3-5).

There’s a difference between God’s intrinsic design of marriage, and cultural expressions of marriage. Like barnacles on a whale, the latter may pick up objects foreign to the essence of the thing. But the essence includes the harmonious union between two sexually different people as part of what marriage is.

“Solving” the problem of polygamy can be done with one fell hermeneutical swoop. (I had to Google "one fell swoop." Did you know it comes from Shakespeare?) We shouldn’t confuse the is with the ought. Just because something happened doesn’t mean it should have happened or that God was cheering on its happening. The Bible records at least 29 polygamists, many of these are rulers (13), several of whose were summed up by the dark phrase “they did evil in the eyes of the Lord” (See Lamb, Prostitutes and Polygamists, 68-80). None of this means that God was actively integrating polygamy into the grand biblical vision for marriage. Rather, he was regulating a societal given; in some ways, he was critiquing it and slowly leading his people back to the Edenic vision of monogamy.

Furthermore, subtle critiques of polygamous marriages are built into the narratives recording them—even the is comes with footnotes. From the first polygamist (Lamech, Gen 4:19-24) to the last (Xerxes, Esther 1-2), we see that marrying two (or more) wives is showcased as unwise at best and destructive at worst. But why doesn’t the narrator just come out and say, ‘Don’t do it!’ you ask? Because that’s not how biblical narratives work. Like a compelling piece of art, biblical narratives invite the reader into the story and force them to see the good, the bad, and the downright ugly of the story. (The author of Judges is a master at this.) If you read the narratives about polygamy with the grain of how narratives are to be read, it’s rather clear that the polygamy is a departure from, not a codified version of, God’s vision for marriage. “The fact that far more polygamists are portrayed negatively than positively undermines the argument” that Polygamy reflects a truly biblical vision for marriage (Lamb, Prostitutes and Polygamists, 70-71).

In short, when most Christians (I can't speak for all) talk about a "biblical marriage," they're of course not wanting to reinstitute every single verse that mentions Ancient Near eastern marraige practices recorded and reglated (and critiqued!) in the Bible. Hopefully we can still talk about a biblical vision for caring for the poor, the elderly, widows, and refugees, without having to leave the edges of our grainfields unharvested (Lev 19). The basic architature of marriage, enshrined in its pre-fall portrait and promoted by Jesus, Paul, the New Testmaent, and every branch of Christiandom prior to the western sexual revolution, includes at its core the one-flesh union between two sexually different people.

Now here’s where I get confused. Everything I said above is old news to anyone who’s thought through the issue with a studious mind and a humble heart. I can think of several books that say everything I did, with much more depth and detail (e.g. Wright, Old Testament Ethics; Copan, Moral Monster; Baker, Tight Fists; Lamb, Prostitutes and Polygamists, among others). If someone actually wanted to understand the apparent complexity of Old Testament marriage laws, there’s no shortage of sources just an Amazon away (2-day shipping with Prime to soothe our consumeristic impatience). And I would assume that any thoughtful Christian would want to know what their Scriptures say about these things. But what I’m seeing more and more of are Christians—not anti-Christians—who pick out a few verses from the Old Testament as if it’s a dictionary and then use them to mock the idea of a “biblical marriage” with seemingly no awareness of some basic principles—which they elsewhere advocate for—of how to interpret the Bible.

It’s one thing for atheist bloggers to snatch a few verses from the Old Testament and use them to deride the idea of a “biblical” marriage. But when Christians who claim some adherence to biblical authority do the same, this just feels disingenuous—if not irresponsible and lazy. There are some interesting and thoughtfull arguments for the affirming view. This isn't one of them.

*The picture at the top of this blog is from David Lamb's colorful and thoughtufl book, Prostitutes and Polygamists, referenced throughout.